This is how it happened

Hugh Taylor commenced his Real Estate & Insurance Agency operation in 1926. The business grew steadily over the next fifty years.

Meanwhile, in the early 1960’s, two young lads were attending Abbotsfield School in Middlesex, England. Little did they know that in thirty years time they would be partners in building one of the most respected Insurance Brokerages in Sydney, Australia.

Dennis Watkins sowed the initial seed in 1986 when his company purchased the insurance portfolio of A H Taylor Pty Ltd after having managed the business for five years.

Anthony Scott joined Dennis fresh out of school in 1992, learning all aspects of the business, industry and profession from the ground up.

In 1994 Dennis was joined by his old school friend, Terry Stone, and together with their associates and staff, they built a business which sets the highest possible standards in service and professionalism.

In the year 2000, Anthony re-joined Watkins Taylor Stone, having spent several years travelling and working abroad, along with a period of time in the Corporate Risk Management team at Aon (Sydney office). Shortly after, Scott Seymour joined Watkins Taylor Stone, bringing with him a wealth of experience from previous underwriting and broking roles. Both Anthony and Scott formed a key part of the succession plan for the business, with an initial small shareholding acquisition taking place in 2004.

In 2009 Dennis retired from the business, with Anthony and Scott joining Terry to become Senior Partners and Directors. This resulted in further dynamic growth in several key strategic sectors.

The year 2013 saw another step taken in the succession process, with Steadfast Group Limited (SDF) acquiring a stake in the business and Terry transitioning to semi-retirement. In addition, long term senior brokers Craig O’Shannessy and Angelo Indorato acquired a stake in the company, ensuring the foundations upon which Watkins Taylor Stone was built, would continue to grow and develop.

Our unique business model and ownership structure brings with it the personal touch of a small business, backed by resources and abilities of a large business. It is with great pride that we reflect on our past, and with great excitement that we look to the future. 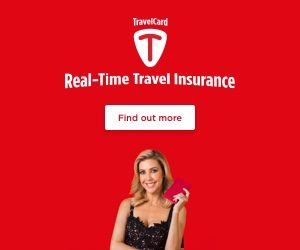